Edward Arkwright was born on April 26, 1974, is a graduate of the IEP in Paris and studied at the ESSEC Business School. Arkwright also holds a Master’s of Advanced Studies in Modern History. In 1997, he became a civil servant appointed to the Senate, the second in the legislation department (1997-1999) and in the Finance Committee (1999-2002). From 2002 to 2007, Mr. Arkwright held several positions as Advisor to the Minister of Budget and the Minister of Finance in charge of the implementation of budgetary reform, State Reform and Public Finance. In 2007, he served as principal private Secretary to the General Director of the Caisse des Dépôts Group and Member of the Executive Committee. In 2010, Mr. Arkwright became Strategy Director for the Caisse des Dépôts Group. From 2007 to 2012, he was Member of the Board of companies of the Caisse des Dépôts Group, in real estate (as Icade, a listed company), tourism and services for local government (chairman of SCET, a company dedicated to advisory for local government). When he joined Aéroports de Paris in December 2012, his first appointment was as Special Advisor to the Chairman & CEO of Aéroports de Paris, and Member of Executive Committee. On September 1, 2013, Edward Arkwright was appointed Chief Financial Officer, in charge of Finance, Strategy, Legal Department, Accountability and Purchasing. Since May 2016, Edward Arkwright has served as Deputy CEO, particularly in charge of development, engineering and transformation. He is also Chairman of Hub One, the IT company of ADP Group; Chair of the Board of Directors of TAV Airports; and Member of the Supervisory Board of Royal Schiphol Group. Mr. Arkwright also serves as a Member of the Board of Trustees of ESSEC Business School as well as the President of the Board of Directors of Cercle de l’Harmonie Orchestra.

Fernando Echegaray was born in Spain. He holds an industrial engineering degree from the Universitat Politècnica de Catalunya (Polytechnic University of Catalonia) and a computer engineering degree from the Universitat de les Illes Balears (University of the Balearic Islands). He also obtained a degree in Business Management and Administration from IESE Business School and has held several management positions within the Spanish airport operator AENA. From 1985 to 1999, Echegaray served as the Deputy Director of Palma de Mallorca Airport. In 2000, he became the Director of Operations at Grupo Aeroportuario del Pacifico (GAP) in Mexico. From 2003 to 2004, Echegaray was the CEO at Tenerife South Airport, and from 2004 to 2006 he served as the CEO of Canary Islands Airports. Echegaray was the CEO at Barcelona-El Prat Airport from 2006 to 2012. Between 2012 and 2017, he was the Airport Network Director of Aena in charge of 46 airports in Spain. He was appointed Director of International Operations at ADP as of July 1, 2017. Echeray has been serving as a Member of the Executive Committee and International Investments Director since May 1, 2018.

Kurtdarcan graduated from Middle East Technical University (ODTU), Department of Civil Engineering in 1973. After performing freelance engineering activities until 1987, he has served in different managerial positions for Bilkent Holding. He was appointed CEO of Bilkent Holding in 2016. He was the Chairman of IDO Board of Directors between 2011 and 2013. Kurtdarcan currently serves as the Chairman of the Board of Directors of TAV Yatirim Holding A.S. (TAV Investment Holding). 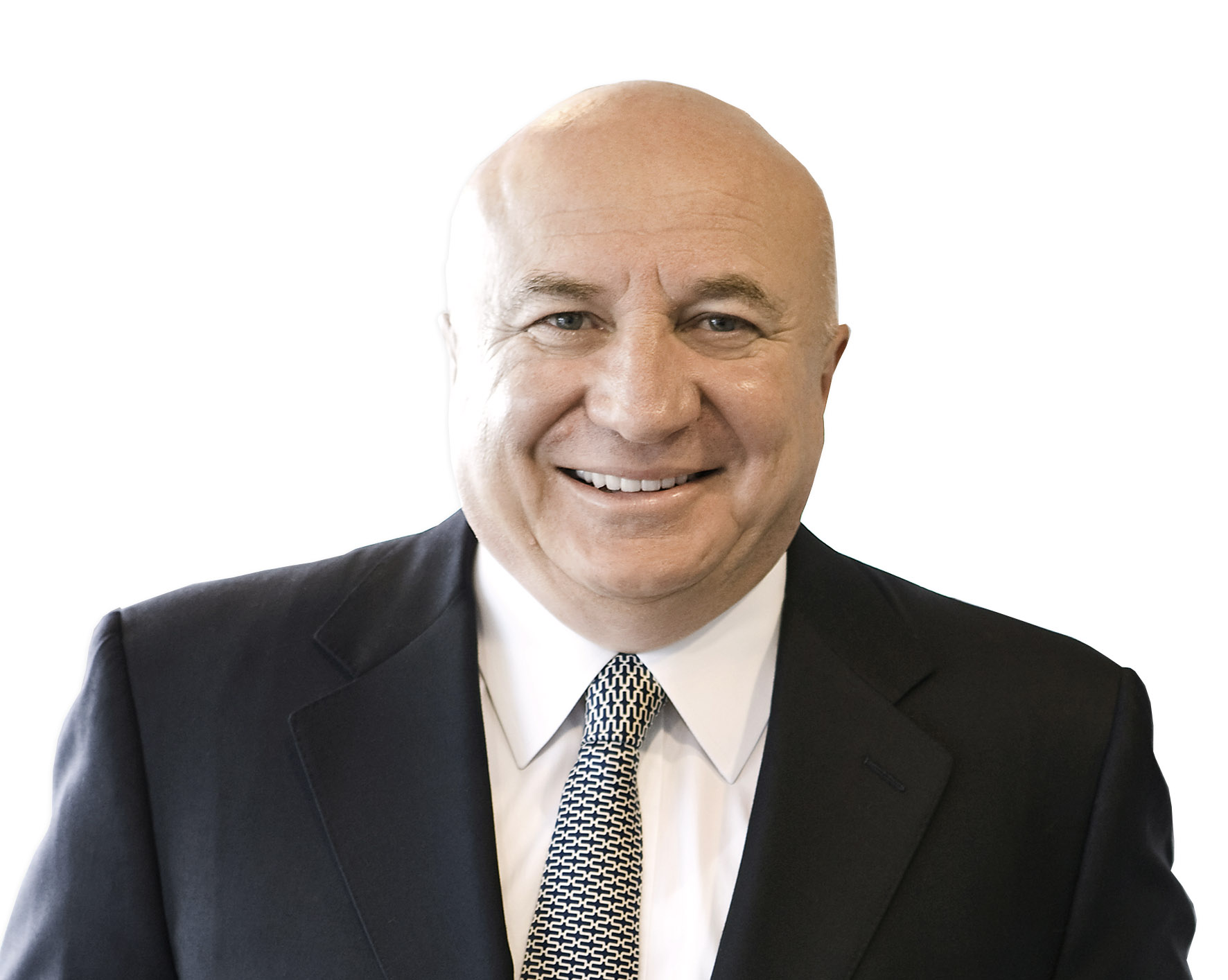 Mustafa Sani Sener was appointed member of Board of Directors, President and CEO of TAV Airports in 1997. After graduating from Karadeniz Technical University (KTU) Department of Mechanical Engineering in 1977, Sener earned his Master’s degree (M. Phil) in fluid mechanics in 1979 from University of Sussex in the UK. He has been awarded an Honorary Doctorate in engineering from KTU for “his invaluable contributions to the development of Turkish engineering at the international level”, as well as an Honorary Doctorate in Business Administration from the New Hampshire University “for his accomplishments in project and risk management throughout his tenure at TAV”. Prior to his career at TAV Airports Holding, Sener served in various positions, from project manager to general manager, in national and international projects. He attended the executive education program on the management of complex systems at the Massachusetts Institute of Technology (MIT). He gave a lecture in Harvard Business School MBA Program on TAV Airports Case Study by HBS. Mustafa Sani Sener is also a member of the Board of Directors of the Airports Council International (ACI World) and was elected the President of Foreign Economic Relations Board’s Turkish-French Business Council in 2012. In 2016, Sener was awarded the Legion d’honneur by the President of the Republic of France Francois Hollande, due to his contributions to the relations between Turkey and France and he was given the High Honour of Service by the Georgian state. In 2019 he was honored with Medal of Merit for Macedonia Republic for the improvement of business and commercial relations in Macedonia and Turkey. In the voting carried out by Thomson Extel among national and international finance corporations, he was chosen first in the category of “The Best CEO” in Turkey in 2010, 2011, 2014, 2015 and 2016, and third in the European Transport Sector in 2014. 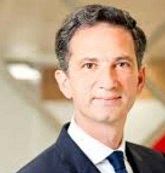 Xavier HÜRSTEL, born 24 May 1969, is a graduate of the IEP (French Political Studies Institute) in Paris and Paris-Dauphine University, former student of ENA (French National Administration School), Xavier HÜRSTEL has held senior management positions in corporate companies for over ten years, after having spent fifteen years at the service of the French State. Xavier HÜRSTEL started his career as a civil administrator in the Budget Department. He then joined the France's representation for the European Union (EU) in Brussels and was Chairman of the Budget Committee of the Council of the EU (1999-2002). Between 2002 and 2006, he was advisor within the cabinet of several Ministers, Economy, Finance and Budget, also within the French Prime Minister Offices in the cabinet of Jean-Pierre Raffarin, and then Dominique de Villepin. In 2008, he joined the PMU as Chief Operating Officer, and became Chairman and CEO in 2014. In 2017, he joined the consulting and technology group Sopra Steria, as Executive Director. Xavier HÜRSTEL joined Groupe ADP as Deputy Executive Officer of Groupe ADP, in charge of the coordination of the development operations of the Group. He is an administrator of FONDACT and National Horse Society. Xavier HÜRSTEL is Knight of the Legion of Honor.

Mr. Jerome Calvet received his law degree in 1978 and graduated from Institut d’Etudes Politiques in 1979 and from Ecole Nationale d’Administration in 1983. Jerome Calvet received his law degree from Institut d’Etudes Politiques de Paris in 1983. He worked in the Finance Ministry of France between 1983 and 1997 and as Financial Secretary of the France Mission of EU between 1988 and 1990, while also serving on the Boards of Directors of many companies. From 1998 until 2004 he led the Corporate Finance (France) Department of Société Générale and later on became the Head of the Mergers & Acquisitions Department of the same bank. Between 2004 and 2008 he directed the Investment Banking Department (France) of Lehman Brothers. He has also been the CEO of Nomura (France) since 2009. Mr. Calvet served as an Independent Board Member between 2012-2017 in TAV Airports Holding.

Aylin Selen joined the Akfen Group in 1994 after graduating from the Department of Civil Engineering at the Middle East Technical University in 1991. She worked as Technical Director and Director of Technical Services in Turkey's first airport in the build-operate-transfer project, the Ataturk Airport project starting from 1997. Aylin Selen who worked with the professors and lecturers of METU in the book "Beyond Construction", which is a success in the construction period of Atatürk Airport, also took part in the presentation of this success story and preparation work of the build-operate-transfer project in various universities and congresses. She was appointed as a General Manager of TAV Construction in 2013. After extension of TAV Construction with new construction projects and multi-storey buildings including Turkey, North Africa and the Middle East, she decided to retire by end of 2010.

Ebru Yonca Capa is a Fulbright scholar with an International Baccalaureate degree from United World College and a BBA degree in international business and economics from University of Bridgeport, USA. She has participated in various leadership programs at IMD, Kellogg’s Graduate School and Harvard Business School. She started her career at Procter & Gamble as product manager and later undertook the role of marketing & communications manager at Digital Equipment Corporation in 1993. In 1997, she joined Microsoft Turkey as marketing & communications manager. In 2004, she was appointed as MSN Turkey’s country manager and from 2005 to 2008 served as Middle East & Africa Regional Director of MSN & Online Services. Between 2008 and 2011 she served as General Manager of consumer and online services at Microsoft Turkey. She joined Monster.com in 2011 as Regional VP of Developing Markets. Since 2014, she has been providing consulting and professional development services to local and international companies on digital transformation, marketing and leadership at her own consulting company. Ebru is a CTI Co-Active Coach, a member of European Mentoring and Coaching Council (EMCC) and has been conducting executive coaching to global leaders.

After receiving a bachelor’s degree in Business Administration from Boğaziçi University in 1995, Filiz Demiröz started her professional career at KPMG Turkey Audit Department. At KPMG, she’s served as an Audit Manager between 2000-2004 and Audit Partner between 2004-2011. Besides audit projects, she’s also carried out a number of special assignments including mergers and acquisitions, valuations, and initial public offerings. She’s also established the Learning & Development Department and Department of Professional Practice at KPMG Turkey and headed up both departments. In 2011, she’s taken a career break and started a Master’s Program in History at Bilgi University. She’s also worked as a volunteer at YenidenBiz, an NGO which aims to increase the participation of women in Turkey’s workforce. Ms. Demiröz joined ACCA, the global professional accountancy body in 2016 and serves as the Head of ACCA Turkey.